How Does One Have Faith in An Age of Doubt? Part II

In Part I “The Era In Which We Live” we discussed how our age has come to such a wide acceptance of doubt and skepticism. In this post we are trying to figure out where do we go from here?

Where Do We Go from Here
Dialogue between religious and non-religious people is not simply a matter of theology, it’s almost a matter of philosophy. This can be difficult. Some fundamentalist Christians often do not make this any easier. Because of influence of Martin Luther’s doctrine of the total depravity of man, there is a tendency to emphasize faith and Scripture while also de-emphasizing or just completely ignoring science, reason, and philosophy. This creates a tension with the modern and post-modern mind who can then begin to see any type of faith as unreasonable and unscientific while claiming to have an objective truth that seems to ignore subjective experience. For this reason many modern and post-modern men and women write off the idea that religion has anything truly unique or valuable to offer them or the world. This can be especially true, but not always, if they came from a basic Christian background and have since left the faith, because they believe they have heard all of the answers before.

The Catholic Church, however, wants to reunite faith and reason, theology and philosophy, objective and subjective, heart and mind, Scripture and science, grace and nature, the human and the divine. These were never meant to be separated, but married to each other as they collaborate together while respecting the autonomy and distinctness of the other. Faith and reason are meant to go together.

As John Paul II said,
Faith and reason are like two wings on which the human spirit rises to the contemplation of truth; and God has placed in the human heart a desire to know the truth—in a word, to know himself—so that, by knowing and loving God, men and women may also come to the fullness of truth about themselves (Fides et Ratio, 1)

How can we get faith back though if the foundation of knowledge in modern culture is doubt? We need to recapture faith and at times reshape the way it is seen.

Human beings do not begin their knowledge from doubt. If you believe all knowledge begins with doubt, you end up in self-contradiction. For if you have a doubt, and if you are to gain any further knowledge you should start with where you started which is still doubt. You then must doubt doubt itself if you are to move any further which ends up in belief. Otherwise you are believing a doubt and breaking your first rule of your way to find knowledge which was doubt. If you are to progress at all in knowledge you must begin with belief. This belief is not necessarily a religious belief, but it is a belief in something without proof. This kind of “faith” occurs all of the time. Human beings come from a human context. All human beings only learn in and through other human beings. This relationship begins first in the family. A child learns from their father and mother or guardian. There is a relationship of trust. It is pre-cognisant and slowly transitions into the cognitive faculty of the person. It begins with the basic needs being met, trusting that mother and father or guardian have the best interest in mind for you and can provide for your needs. One does not begin with radical doubt that causes one to scientifically verify that every piece of food is indeed edible or nutritious. “Faith” trusts another will provide for their well-being. 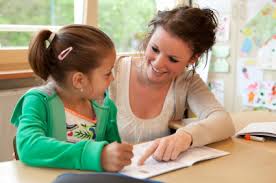 This “faith” continues as learning develops. The very fact that there is language means that one believes the other has an idea that the other is trying to communicate. One trusts the other and believes the words they are using have meaning and are accurate to the objects, actions, persons, or ideas that are being discussed. One does not refuse to use language because they doubt meaning. They trust there is a meaning and use the words with those meanings in mind. Learning is dependent upon “faith.” If we learn about other people and who they really are we trust what they tell us about themselves unless there is a reason to disbelieve what they say. We do not naturally assume the person is lying to us about their name and where they come from. We also trust and put our faith into engineers when we buy their cars, in gas stations that they provide gas, people on the road that they will not go directly against traffic on the wrong side of the road. We do not empirically test everything before we put “faith” in it. It means one entrusts themselves to another, that the other does have an objective truth to present to the one learning. This is why there is an education system. We learn from teachers because we believe and have faith that they will not lie to us, but will teach us the truth. If we doubted every single thing from a young age on and had to scientifically verify everything that was taught to us, we would never be able to increase our knowledge.

This is exactly the problem with modern science. Reducing knowledge to only the scientifically verifiable would mean that no scientist should trust the experiments of the scientific community. Scientists would be caught in re-verifying everything that was already taught. They could never move forward in knowledge of science if they proceeded to doubt everything that was already taught. The other problem is that the scientific method is based on assumptions. Science assumes that there is an intelligible world that can be known, that humans have the ability to understand the world, that there is a pattern which is predictable and not disordered, that our instruments of testing are accurate, etc… etc… As Hume pointed out just because you do an experiment 1,000 times and you get the same result, you cannot not know for certain that the 1,001 time you did it the result would be the same. Eventually, even in science, you must believe.

If knowledge is ever to expand and grow, one must believe in the authority of others. Now this “faith” does not mean that one believes everything unquestioningly or that one believes blindly. No. It simply means that the foundation of knowledge is not in doubt. It is in faith. It is in trust. And that foundation shifts the whole conversation between doubt and faith. Doubt is not for the purpose of remaining skeptical. Doubt leaves room for a new “belief.” Every scientific fact began as a “theory” as a “belief,” it started in “faith” and was tested. Doubt in one scientific theory means that there must be a better theory out there that is something a bit surer than the one we currently hold. Doubt in geocentricity led to faith in heliocentricity. It did not remain stagnant in indecision.  Doubt is meant to shift our faith on a surer foundation, not simply remain in a non-committal ambiguous disbelief. In today’s society it’s easy to become a nihilist – believing the meaning and purpose of everything is essentially nothing, null and void. That death is the end of everything. And life was utterly hopeless, meaningless, pointless. It just was and that’s it, so get your kicks and thrills while you can, because there’s no other thing worthwhile in life. "Eat, drink, and be merry, for tomorrow we die."

If there is no real meaning in life this means then that there is no moral quality to any act. Genocide, theft, rape, murder, abortion, child abuse, judging another person, forcing someone to believe what you believe - all of these actions would simply be actions. Not good. Not bad. Just actions. But why are we outraged at injustice? Why are we disappointed with scandal? Why do we hate the idea of a dictator? Why do we insist on human rights? Because we believe that there is a dignity to the human person who has been gifted with life, liberty, and free-will to be able to choose for themselves and for others to respect those rights. This dignity can not be something rooted in cultural demands, for culture changes. Not rooted in governmental authority, for government can give and take away and be replaced. Inalienable rights must be rooted in something infinite, unchanging. The only reason people are disappointed with darkness in this world is because they know things are not the way they should be. They have seen a glimmer of light and believe that the whole world should be in the light. Any use of the word “should” points to an expectation of order. Yet if the world is and always has been chaotic and purposeless, there can be no reasonable explanation for having a “should.” Order and purpose point to something higher than purely accidental material reactions. It points to an intelligence. Whether “people should do this” or “people should not do that” “this politician should” or “that politican shouldn’t.” Shoulds can only exist in a world where we expect, want, and believe that order and justice are real things that possibly once existed and can possibly be restored again. 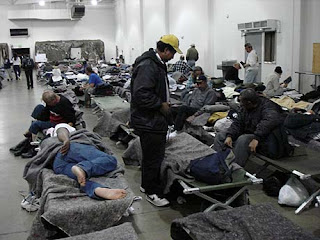 In our culture today there is a huge emphasis on love. Deep down we all ache for love. There is a loneliness inside the human heart that always aches for more. We are never fully satisfied. True there be moments that take our breath away and that makes us wish that moment would last forever, but they never do. We want to be completely known and completely loved in all of our vulnerabilities in all of our strengths and to be completely accepted. When we receive that from one person or another, it might give us a sense of meaning and purpose, but still we are not completely satisfied, we long for more. No material thing fully satisfies these desires. Just looking at Hollywood we can see that an attractive spouse, children, a big house, and lots of money does not mean one will automatically be happy and fulfilled. We’re looking for a love that does not end, a love that we cannot even begin to plumb the depths of. We are looking for infinite and eternal love. Is this just a false hope? 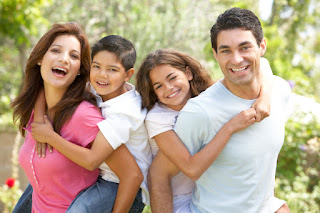 God may or may not be a possibility? But how does that lead to explicit faith in Jesus? Part III coming soon…
Posted by The Bloggin' Brother at 9:24 PM