How Does One Have Faith in An Age of Doubt? Part I

When I asked what kind of things should I cover in my blog, a friend from high school wrote…

How to reconcile faith with the doubt that is inherent in humans. Just saw Silence, and I'm fascinated with this question. How men of faith can keep their conviction in the face of darkness and the silence of a higher power is something I'd love to see explored from the perspective of faith.

This blog is a small attempt to answer these great questions. I apologize in advance because my mind automatically tries to see the big picture. So know that I will start with how I see this topic in the grand scheme of things and gradually get narrower and narrower in order to answer it more completely. The topics will go as follows...

Part I      The Era In Which We Live
Part II     Where Do We Go From Here
Part III    Why Jesus? Why the Church?
Part IV    The Role of the Encounter
Part V     Consolation, Desolation, and Silence in Prayer
Part VI    Faith in the Face of Suffering and Darkness

Part I. The Era In Which We Live
We are living in a time of shifting beliefs, opinions, and ideologies. In the West, there is an unprecedented rise in unbelief . In the United States in the last five years alone, the religiously unaffiliated have risen from 15% to 20% of all adults. In that 20% are 13 million self-described atheists and agnostics who make up 6% of the US adults. Faith in some kind of organized religion seems to be on the decline, while doubt seems to be ever-more on the rise. What is the basis for this rising doubt? 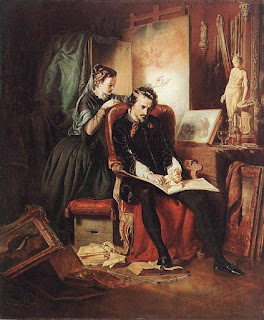 I’m going to paint with very, very broad strokes very, very quickly but it’s to illustrate a general idea to make a path in which to understand where we have come from, where we are now, and where we can go. It will not be exact and it will not take into account all the complexities that come into play with history and belief, but simply try to explain things in generalities.

Classical Greek - The Greeks were theistic and emphasized the use of reason in order to come to the divine objective truth. Greek philosophers from Socrates to Plato to Aristotle all were seeking objective truth in order to come knowledge of the divine.
Classical Hebrew - The Hebrews were theistic and emphasized faith in order to come into a subjective divine relationship. Throughout Scripture there is an emphasis on the heart as an experiential way of coming to know God who speaks to His people.

Early Christianity – the Middle Ages - In the early Church an interesting thing happened. The Greek world and the Jewish worldview collided. The Catholic Church then attempted to have the two come together so that faith would seek understanding. Faith and reason then should work together to contemplate the truth. The objective truth and reality should have a profound impact on one’s own subjective experience and relationship with God. This is exemplified by the scholastics and the Catholic emphasis on universities and education as a way of spreading the truth of reason and the gift of faith in a relationship with God. Philosophy was seen as the handmaid of theology. 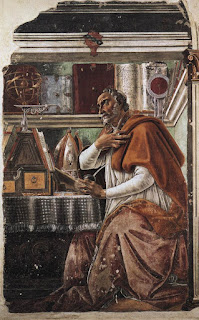 The Protestant Reformation called into question the Church and thus also scholasticism, as it thought that faith had become too “Hellenized,” too Greek, too pagan. The belief in total depravity, that man was corrupted by the fall of sin, led to the belief that reason and philosophy were not helpful ways to come to knowledge of the God. Theistic faith was emphasized while reason was held to be suspect.

The Renaissance tried to recapture the Greek ideals and refocused on the objective truth through philosophy and the sciences yet was not extremely focused on the Scriptural understanding of faith. Theistic reason was emphasized while downplaying the role of faith.

Modern Period – Descartes ushered in the modern period with his “Cogito ergo sum.” “I think therefore I am.” Descartes fundamentally shifted the epistemological foundation of all of Western civilization. He said that knowledge essentially started with doubt. Doubt everything. Trust nothing. Do not even trust your senses, because they can deceive you. What then is the basis for coming to any sure knowledge of anything? Hence “I think therefore I am” If I am doubting, I must exist, that is the basis for knowledge. Things in the Western world have never been the same. Doubt was seen as the first disposition. Skepticism was seen as the beginning of knowledge. The Enlightenment and Scientific Revolution occurred and the need for faith was no longer necessary to come to a knowledge of objective truth. This led to an atheistic emphasis on reason and the sciences to come to a knowledge of truth. 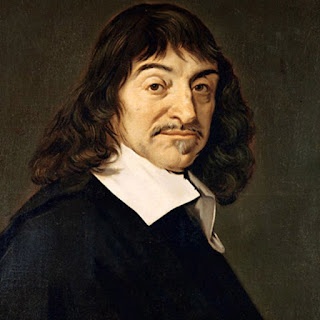 The Post-Modern Period - After science and reason did not leave the world in a more harmonious condition, after technology no longer created, but led to destruction as it did in World War II. There was a calling into question of any objective truth and the ability of reason and science to come to any meaningful objective truth for humanity. There is now an emphasis on the feelings of the heart and a subjective way of discovering what works for you and your relationships without any connection to the objective truth or any connection to a universal principle for all of humanity or to God.

Our current culture has influences from every period of history but mostly draws from the Modern Period and Post-Modern Period so you will find this strange conglomeration of people claiming that the scientific method is the only basis for any credible knowledge but everything else can be doubted, and that there is no such thing as objective truth because what is true for you may not be true for everyone else. Contemporaries often believe that people are no different than animals, but then we have this strange idea that humans have inalienable rights. People see the truth as an individual decision in order to seek their own happiness but one should not infringe upon the rights of another to seek whatever temporarily makes them happy. The problem of competing rights and competing ideologies of what leads to happiness creates friction. Whose version of happiness should get preference over another? The stronger? The more powerful? The problem of evil and tragedy, political unrest, and terrorism frustrate and upset modern men and women and their preconceived notions of reality. How do we understand these frustrations and any traumas of life? Is there any meaning? Any at all? 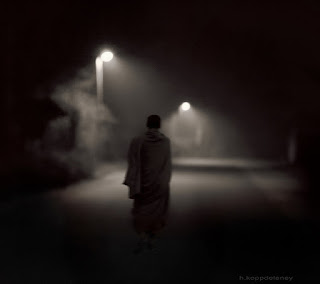 Pope Francis provides an excellent commentary on this development,

Faith was thus understood either as a leap in the dark, to be taken in the absence of light, driven by blind emotion, or as a subjective light, capable perhaps of warming the heart and bringing personal consolation, but not something which could be proposed to others as an objective and shared light which points the way. Slowly but surely, however, it would become evident that the light of autonomous reason is not enough to illumine the future; ultimately the future remains shadowy and fraught with fear of the unknown. As a result, humanity renounced the search for a great light, Truth itself, in order to be content with smaller lights which illumine the fleeting moment yet prove incapable of showing the way. Yet in the absence of light everything becomes confused; it is impossible to tell good from evil, or the road to our destination from other roads which take us in endless circles, going nowhere (Lumen Fide, 3).

The question is, “Where Do We Go From Here?” stay tuned for Part II.

For more information, check out these resources:
Peter Kreeft – Back to Virtue
James W. Sire – The Universe Next Door